How Data Saves Lives – The Case of Sepsis 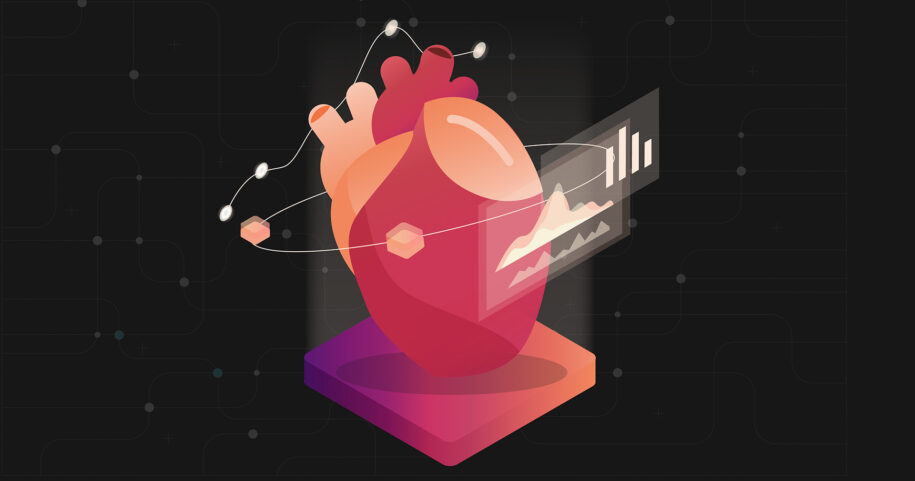 Sepsis is one of the oldest known diseases – it was Hippocrates himself who gave it a name around 2,400 years ago. It is also one of the most deadly ones. Sepsis is responsible for more deaths annually than prostate cancer, AIDS and breast cancer combined. It has claimed the lives of millions of people (including two US Presidents and one Pope), and it now costs the US healthcare system more than $20 billion a year through insurance payments to doctors and hospitals1. Nevertheless, almost 60% of Americans have never even heard of it.

Sepsis – sometimes also called septicaemia or blood poisoning – usually happens when one’s immune system overreacts to an infection and starts to damage the body’s tissues and organs. Infections that lead to sepsis most often start in the lungs, urinary tract, skin, or gastrointestinal tract. Without timely treatment, sepsis can rapidly lead to tissue damage, organ failure, and death.

The following is the story of how it wasn’t until a study based on medical data was conducted, that this very well-known and yet silent and ruthless killer was tackled. It’s also a story about how data saves lives.

Dr. Emanuel P. Rivers, MD, MPH, is an emergency medicine and critical care specialist at the Henry Ford Medical Center in Detroit. He dedicated his career to encouraging health care providers to adopt aggressive protocols for the early detection and treatment of sepsis. In 2001, he published “Early goal-directed therapy in the treatment of severe sepsis and septic shock”2 a disruptive paper on the Early Goal-Directed Therapy (EGDT). EGDT is a technique involving intensive monitoring and aggressive management of perioperative hemodynamic in patients at risk. With his breakthrough sepsis prevention protocols, Dr. Rivers could have saved hundreds of thousands of lives, but his work received a poor response and his impact has been far lower than deserved.

Years after his findings, Dr. Rivers justified the fact that sepsis was still very present in the halls of the American hospitals by arguing that “sepsis is an orphan disease”. Indeed, sepsis is treated by physicians from multiple specialties, so it does not belong to any specific one. And because no one “owns” sepsis, there’s not much support from drug or device companies to fund research on sepsis the way there is for drugs that are easily marketed to such single-specialty groups.

In 2008, a respected physician – Dr. Diane Craig – started her mission to fight sepsis, mainly focusing on how to identify patients affected by sepsis in its early stages.

When her hospital installed a comprehensive electronic medical-record system that was connected with other systems in the hospital network like the lab and pharmacy, Dr. Craig knew it was a tool that would help her in her mission. She looked at patients who died from sepsis and – as she dove into hundreds of medical data records – she discovered that only about half of them arrived at the emergency department extremely sick. The other half seemed relatively healthy, and because of this the treating physicians usually underestimated how sick these individuals really were.

Then Dr. Craig unlocked the true potential of medical data: she started matching pairs of patients‘ electronic data, identifying two patients of similar age with similar symptoms and equivalent degrees of illness. For example, she looked at two patients in their thirties who had kidney infections; one of whom lived and another who died from sepsis. She then matched two patients in their forties with cellulitis of the leg: one lived, one died. Tracing each patient’s care back to the very beginning, she and her team tried to identify the first difference point in their care.

It was here that Dr. Craig discovered that “the most important step in lowering the mortality from sepsis […] is making sure that the Emergency Room physicians order a blood-lactate test for every patient at risk, even those who are not yet extremely sick.”  A blood lactate above 4 millimoles per liter means the patient is in serious danger.

Armed with this insight, Dr. Craig’s mission was clear. She would use Dr. Rivers’ EGDT recommendations to create protocols for all those patients whose blood lactate levels were intermediate and high.

Under Diane’s leadership, the physicians in Santa Clara were quick to embrace the new approach. From that moment on any combination of worrisome symptoms and a lactate level of 2.5 or more triggered a “sepsis alert.” With her guidance and persistence, Dr. Craig saved the lives of many. She used objective medical data to change procedures and expectations for doctors. The results spoke for themselves: Diane and her hospital team drove sepsis mortality rates down to 40 percent below the national average3.

Considering that each year at least 1.7 million adults in America develop sepsis and that 270,000 of them die because of it4, If everyone with sepsis was treated according to the precautions that Dr. Craig introduced, more than 100,000 lives would be saved every year in the USA only.

With those results, you might assume that every emergency physician in the United States would be convinced to follow this approach. However, it is estimated that only about one-half of the hospitals in the United States have put in place effective sepsis protocols, with maybe another one-fourth approaching the issue. The remaining fourth of hospitals have no procedure to tackle sepsis.

The sepsis example is just a glimpse of how – even at the current state after centuries of incredible improvements – our hospitals can still be improved in many ways, and these changes are needed internationally. In particular, as Dr. Craig has demonstrated practically; the tool to bring healthcare to the next level, fight diseases such as sepsis, and improve the results of patients, doctors, and researchers is access to medical data. She has also proven exactly how data saves lives.

Right now we can only imagine many diseases similar to sepsis could be vanquished if there was broad access to medical data for researchers. As Data Lake we’re building an infrastructure to give tools to scientists like Dr. Diane Craig or Dr. Emmanuel Rivers to be able to fight deadly diseases with the most powerful weapon of this century – data.

Join us on our journey to revolutionize medicine, click here to join our channels and stay in touch: https://data-lake.co/social/ .

3 Pearl, Dr. Robert – ‘Mistreated: Why we think we are getting good healthcare and why we are usually wrong‘ – 2017

Data Lake Essentials DeSci Giveaway IDO Media, Awards & Partnerships Project Updates Stratus Uncategorized
Manage Cookie Consent
We take privacy seriously at Data Lake. We only use necessary cookies on our website to give you the best experience on our site. We also may use cookies for analytical and marketing purposes, however these are disabled by default and require your consent. We never sell your data. We never share it without your express permission. By clicking “Accept All”, you consent to the use of all our cookies. However, you may visit preferences to provide a controlled consent or click deny to decline all unnecessary cookies. Please visit our privacy policy page for full information about how we act as a controller of your data, the ways in which we process your data, any third-party cookies we may use and your privacy rights.
Manage options Manage services Manage vendors Read more about these purposes
Preferences
{title} {title} {title}